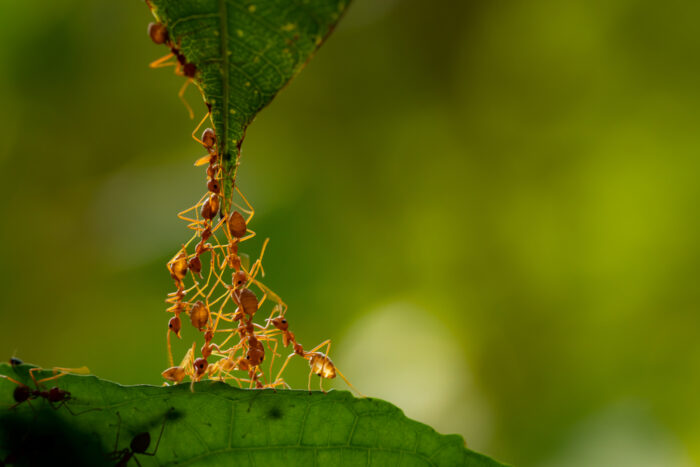 Proverbs 6:6-8 (NLT) tells us: “Take a lesson from the ants, you lazybones. Learn from their ways and become wise! Though they have no prince or governor or ruler to make them work, they labor hard all summer, gathering food for the winter.”

Look at the ant. The ant ignores the summer, and he prepares for the winter. He is taking the food of his summer and moving it toward his winter. He has enough faith to believe that he will be there in the winter. He is not intimidated by any of his enemies in the summer. He has adversities, but he does not believe that any of his natural predators will be able to stop him from getting to the next level. He so disregards his enemies and is busy working on where he’s going that he doesn’t have time to worry about where he is. I hope you understand the deeper application of what I’m saying to you.

Godly people do not react. To allow the enemy to make the first move means that he is in charge. The enemy has never made a move that God reacted to. God acts. It is the enemy who is trying to catch up to what He’s doing.

The ant doesn’t go out and grab a crumb that he can handle. The ant will get a piece of bread that three times bigger than he is—it’ll be so big that he’s got to drag it to get it where he’s trying to go. Anyone else would have let it go, but he says I just can’t let it go. Some of you are like the ant. You’ve got ahold of something and you can hardly carry it. But your vision is bigger than you are. You don’t have enough resources, you don’t have enough help, you don’t have enough experience, but you’re going to drag it in! It is to you that I say today, “Don’t give up or give in! God has implanted great wisdom in you! Take a lesson from the ants. Learn their ways and be wise.