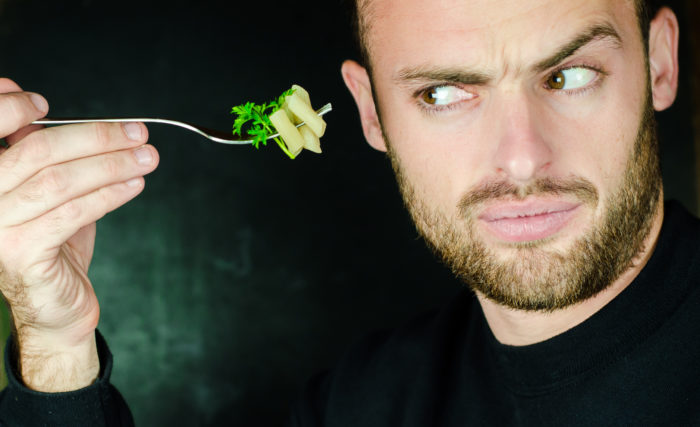 The average person eats about 1,996 pounds of food per year. Much of that food makes it to your mouth by way of a fork, a utensil that has a very interesting history. The fork, as we know it today, has not always been popular. Its first ancestors were tiny forks that appeared in Tuscany during the eleventh century, but these were quite rare.

In 1611, Thomas Coryate brought several of these oddities to England after he ran across them in Italy. People were not interested. In fact, they were vehemently opposed to the fork. It was not unusual for ministers to preach against forks, and they often used funerals to declare that death was God’s way of showing displeasure over the use of such a novelty.  (Not something we’d hear from the pulpit today!)

It was not until the end of the eighteenth century that forks found favor.  French nobility began using forks as a statement of refinement, and the use of fingers started getting frowns.

So, if you’ve got a good idea that people just won’t embrace, pull out a fork and enjoy a piece of cake while you remember that change takes time.

Even in our spiritual lives, we find that change is a slow process – especially when it involves our ingrained view of spiritual things. Many of us have a distorted view of the character of God, yet it takes time for us to change how we view Him. The image of God we first saw as children is difficult to outgrow.  It often follows us through most of our adult life. And if that view was distorted – if we saw Him as judgmental, exacting, or angry – it may be quite destructive to our relationship with Him.

It is a sign of maturity when we can challenge our outdated ideas about God and begin to see Him as He is. Throughout Scripture, God has given us many different ways to capture His true essence.  It is up to us to replace our old ideas about God with a new, accurate picture of the One who loves us more than we will ever know.

If you have begun that process but are worried about your slow progress, just remember the fork.  Change takes time, so be patient, and God will eventually complete the task in you.