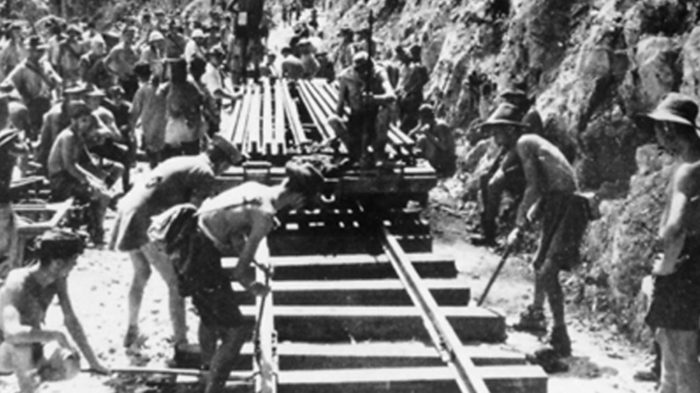 The following story seems relevant today amidst the current world health crisis.  It’s a good reminder for us all…

Ernest Gordon was serving as a captain in the British army during the Second World War when he was captured by the Japanese and forced construct a railroad bridge over the River Kwai.  The conditions of the prison camp would eventually claim the lives of 80,000 men.

The prisoners were made to work for hours in scorching temperatures, chopping their way through tangled jungles.  Those who paused out of exhaustion were beaten to death by the guards.  Treated like animals, the men themselves became like beasts trying to survive.   They would lie, cheat, steal and double-cross their fellow prisoners just to stay alive.

But then inexplicably, a revival broke out among the prisoners.  Gordon writes that the prisoners came to see that … “Love, heroism, self-sacrifice, sympathy, mercy, integrity and creative faith … were the essence of life, turning mere existence into living in its truest sense.  These were the gifts of God to men.…God had not left us.  He was with us, calling us to live the divine life in fellowship.” In the valley of the shadow of death, Christ had risen.

While still in the hands of their enemies, a train carrying Gordon and several others came alongside another boxcar at a stop in Burma.  The entire car was filled with gravely wounded Japanese soldiers. They were left alone, without medical attention or company, as if abandoned refuse of war.

Without a word, many of the officers unbuckled their packs, took out part of their rations and a few rags, and with their canteens went over to the Japanese train. The guards tried to prevent them, but they pressed through, kneeling by the side of the injured men with food and water, cleaning their wounds.

Gordon explains, “We had experienced a moment of grace, there in the bloodstained railway cars.  God had broken through the barriers of our prejudice and had given us the will to obey his command, ‘Thou shalt love.'”

Among a valley of dry bones, God had breathed men to life.  In the trenches of despair and hatred, the inexplicable love of Christ called enemies—and humankind–to hope and forgiveness.

That same Spirit is active today in the hearts of men and women.  Even in the midst of a COVID crisis I am seeing acts of grace and love all around me, from first responders to neighbors.  For that, I give thanks.