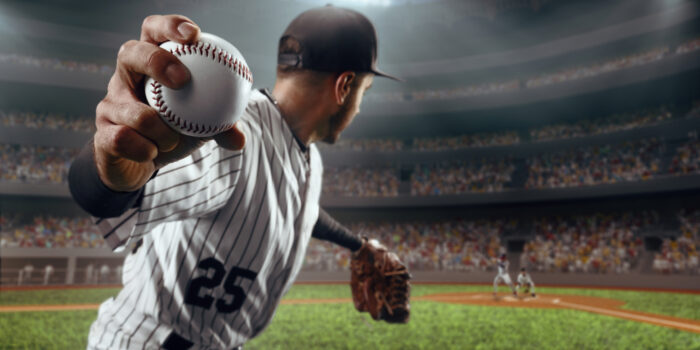 Success is something we all seek. We want to succeed in our careers, our relationships, in raising our children. We want to make our mark in the world and be remembered for our achievements. But success is a variable concept, and one that is not easily defined. What is success?

In a special feature on the DVD of the movie The Natural, baseball legend Cal Ripken Jr. talks about his view of success. Even though he is one of the greatest individual players in baseball history, what mattered most to him was succeeding as a team. In the interview, he says: “I’d much rather be referred to not as an individually great player, or someone who tore up the record books, but someone who came to the ball park and said: ‘Okay, I’m here. I want to play. What can I do to help us win today?'”

Amidst still photos and replays from the World Series, Ripken speaks directly to the issue of how true success is a team accomplishment, not an individual accomplishment. He says:

A lot of people ask, “What is your greatest play—your greatest accomplishment?” I say, “I caught the last out of the World Series.” It wasn’t a great catch—I didn’t dive, I didn’t do a cartwheel and throw the guy out at first base. People’s mouths didn’t drop open on the play. We all want to be part of something bigger. But we all have our little jobs that we have to do as a member of a team. Everybody has their individual responsibilities, but they all have to come together for a main goal, and that’s to win. I’ve had great years when we haven’t won, and they have not been really fulfilling. I’ve had not-so-great years, but we’ve had a good success as a team, and they were more fulfilling. So the most fulfilling moment I could ever have, again, was catching the last out of the World Series—knowing we did it!

As believers, it is important to realize that we do not succeed as individuals. We succeed because of Jesus. In fact, our connection to Him gives us absolute victory in every arena of life. He has won our salvation and given it to us by His grace, and now He walks with us to guide us through every single day of life. And on top of all that, through Him we find fellowship with other believers, who become our flesh-and-blood teammates. Some of our greatest successes will be those we accomplish with God’s team, the church. I’m praising God today that Jesus is the definition and the fulfillment of my success.