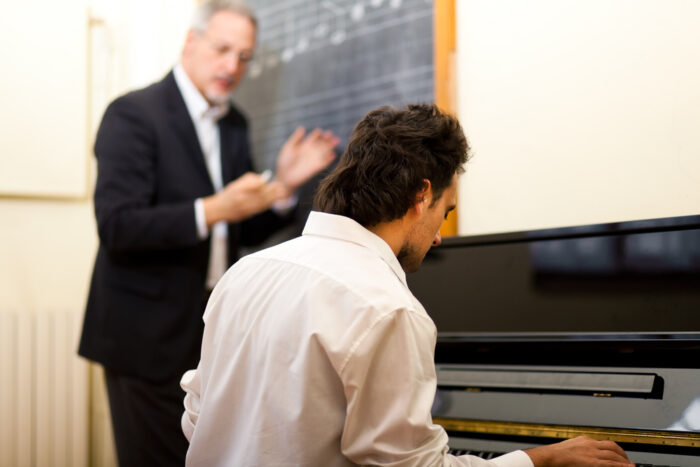 The movie Mr. Holland’s Opus has been around for nearly 3 decades, yet it tells a story that audiences still appreciate today. It is the story of a musician who struggles to find success in life. Mr. Holland dreams of composing a magnificent symphony that will be played by orchestras all around the world, but the problem is that the real world presents him with bills that have to be paid.

He takes a job as a high school music teacher, figuring that after four years of teaching he’ll have saved enough to quit and do nothing but compose music. He absolutely hates teaching, but when his wife unexpectedly becomes pregnant, the savings earmarked for a life of composing have to be sacrificed to a mortgage.

Throughout the movie we see a remarkable change in Mr. Holland. He comes to love teaching. He finds ways to inspire his students to love music, but not only that; he inspires them to find their self-confidence. This becomes his passion and his source of fulfillment.

Thirty years pass, and Mr. Holland is about to retire, his dream of becoming a famous composer unfulfilled. On his final day as a teacher, he packs up his desk and heads for his car. On the way, he hears music coming from the auditorium. Intrigued, he goes to see what’s happening. He opens the door to find the auditorium filled with his students from the past 30 years. They’re playing a piece of music he wrote. It’s a concert in Mr. Holland’s honor!  One of his former students steps forward to speak:

“Mr. Holland had a profound influence in my life, yet I get the feeling that he considers the greater part of his own life misspent. Rumor had it that he was always working on that symphony of his, and this was going to make him famous, rich, probably both.

But Mr. Holland isn’t rich, and he isn’t famous, at least not outside of our own little town. So it might be easy for him to think himself a failure. And he would be wrong. Because I think he has achieved a success far beyond riches and fame.

Look around you. There is not a life in this room that you have not touched. And each one of us is a better person because of you. We are your symphony Mr. Holland. We are the melodies and the notes of your opus. And we are the music of your life.”

When you look at your own life, it may seem difficult to measure success or even to assess whether your life has had meaning. There may have been unexpected detours that have thwarted your best-laid plans. But of this one thing you can be sure:  You will be a success if you make a difference in the lives of others.

Jesus’ example was one of sacrifice and love for the sake of others. He gave up Heaven to make you His symphony. Trust your future to Jesus and He will give you a life of significance.  He will give you true success.