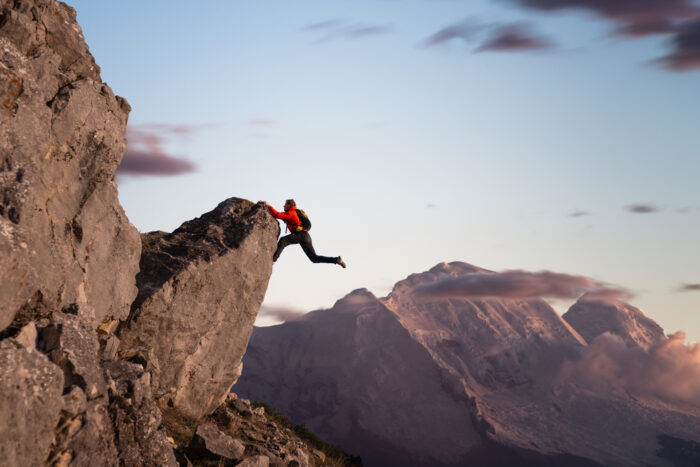 Courage is in fact something that can be held on to. In fact, Jesus said it is something that we can even take, if we don’t have it. Matthew 14 tells us the story that:

“23 … Later that night, he [Jesus] was there alone, 24 and the boat was already a considerable distance from land, buffeted by the waves because the wind was against it.

27 But Jesus immediately said to them: “Take courage! It is I. Don’t be afraid.”

29“Come,” he said. Then Peter got down out of the boat, walked on the water and came toward Jesus.

Over and over again, throughout recorded history, God comes across the darkness to find us.

So, because it is in his very nature, he sets out across the water to be with those who are struggling. He easily catches up with his disciples. It’s easy to catch up with those who are going no place. The opposing wind holds them fast, but Jesus cuts through it unfazed. In fact, he so easily glides into the headwind that Scripture tells us the disciples thought He was about to pass by them. Two thoughts probably dash through their minds: Lyrics to a new hymn they just wrote, “Pass Me Not O Gentle Savior, Hear my humble cry,” and “What the devil is that?! Is that a ghost?”

But Jesus immediately said to them:”Take courage! It is I. Don’t be afraid.” Actually, he didn’t say, “It is I.” This is a phrase that’s lost in translation. The original Greek here is literally translated: “I Am.” Jesus doesn’t calm them with a flare of his hand and a “Hey, guys it’s me!”, he uses the name of God which literally means, “from Eternity past, to the Eternal now, to Eternity future.” Jesus calms his men by saying, “Take courage. No matter where you’ve been, no matter what your current state of being, regardless of where you are going, God has been there, God is there, and God will be there for you.”

And Peter took the courage given. He decided to listen to the great “I Am” and stepped out onto the water.  He was no longer satisfied to just stay in the boat.

Some of you have exhausted all that you can do on the little boat that you live on, and you are ready to jump headfirst into a sea of bigger ideas. When the “I Am” calls you out – I say, “Take courage!” Step into the miracle of what God wants to do next in your life.”