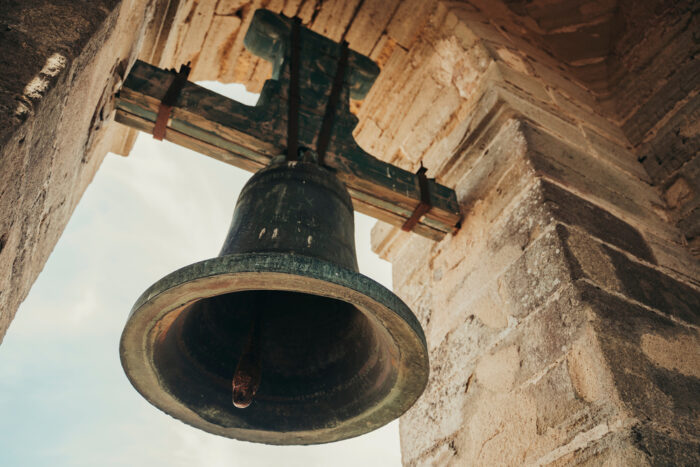 How inexpressibly sad are all holidays.” Henry Wadsworth Longfellow wrote these words in his journal on Christmas Day, 1861. The poet had good reason to be sad that Christmas. The previous July, his wife Fanny, whom he openly adored, had been sealing a keepsake lock of their daughter’s hair in wax when a gust of wind coming through the window caused her dress to catch fire. Fanny’s burns were so severe she died the next day.

That same year, as civil war tore the country in two, Longfellow’s son Charles had joined the Union forces. You can imagine how Henry felt when he heard that his son had been wounded in the war.

By Christmas 1864, the country had been at war for three years and thousands had lost their lives. The great poet sat down to write a poem that began, “I heard the bells on Christmas day…”. This poem begins cheerily enough, speaking of bells as a harbinger of peace, but the poet’s heart is not as light as the bells’ toll. He writes honestly:

And in despair I bowed my head

“There is no peace on earth,” I said,

“For hate is strong and mocks the song

Of peace on earth, good will to men.”

Longfellow knew that appearances could be deceiving. Therefore, he did not end on a note of despair; rather, he concludes the poem with these strong lines:

Then pealed the bells more loud and deep:

“God is not dead, nor doth He sleep;

The wrong shall fail, the right prevail,

With peace on earth, good will to men.”

Though it may appear that God is sleeping, He is not. When the weight of the present tempts you to bow your head in despair, look toward the future, toward the one who will bring justice to the earth. In that promise of ultimate justice I find reason to wish you a very happy New Year.