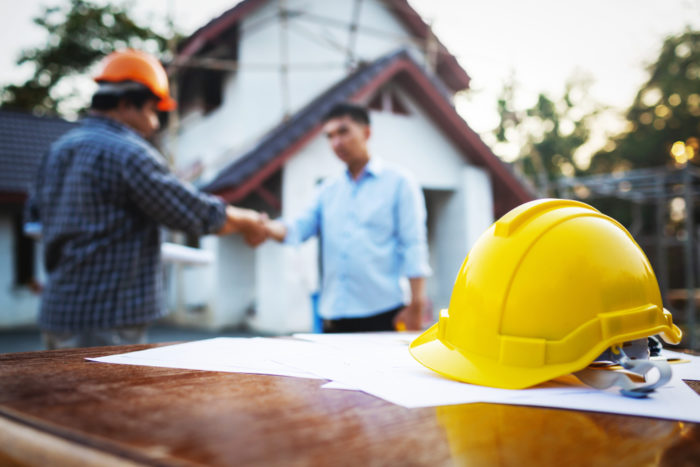 Anyone who has ever built a house knows how frustrating it can be when sub-contractors fail to keep their word.  The entire process is held up because someone does not perform when they promised to perform.

What if God had experienced that problem when Noah was building the ark?  Scripture might have sounded something like this:

And the Lord said unto Noah: “Where is the ark which I commanded thee to build?” And Noah said unto the Lord: “Verily, I have had three carpenters off ill. The gopher wood supplier hath let me down–yea, even though the gopher wood hath been on order for nigh upon twelve months. What can I do, O Lord?”

And the Lord said unto Noah: “I want that ark finished even after seven days and seven nights.” And Noah said: “It will be so.”

And it was not so. And the Lord said unto Noah: “What seemeth to be the trouble this time?”

And Noah said unto the Lord: “Mine subcontractor hath gone bankrupt. The pitch which Thou commandest me to put on the outside and on the inside of the ark hath not arrived. The plumber hath gone on strike. Shem, my son who helpeth me on the ark side of the business, hath formed a pop group with his brothers Ham and Japheth. Lord, I am undone.”

And the Lord grew angry and said: “And what about the animals, the male and female of every sort that I ordered to come unto thee to keep their seed alive upon the face of the earth?”

And Noah said: “They have been delivered unto the wrong address but should arrive on Friday.”

And the Lord said: “How about the unicorns, and the fowls of the air by sevens?”

And Noah wrung his hands and wept, saying: “Lord, unicorns are a discontinued line; thou canst not get them for love nor money. And fowls of the air are sold only in half-dozens. Lord, Lord, Thou knowest how it is.”

And the Lord in His wisdom said: “Noah, my son, I knowest. Why else dost thou think I have caused a flood to descend upon the earth?”

Thankfully, the story of Noah and the ark reads very differently.  Noah was a man of character.  How about you?