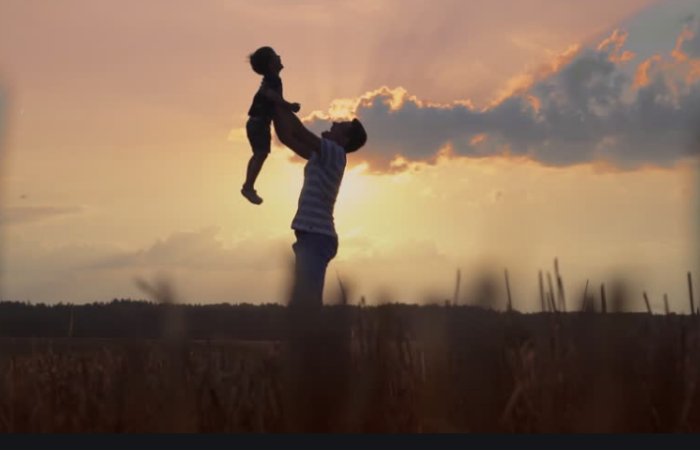 Rembrandt’s massive painting, The Return of the Prodigal Son, hangs on the walls of the St. Petersburg Hermitage Museum. It is one of the last paintings the artist ever completed and remains one of his most loved works.

In the painting the elderly father is shown leaning in an embrace of his kneeling son in ragged shoes and torn clothes. With his back toward us, the son faces the father, his head bowed in regret. The father reaches out with both hands, his eyes on the son, his entire body inclining toward him.

The painting is restful, but the parable is anything but restful. Jesus tells us that while the son was “still a long way off,” the father saw him and “was filled with compassion for him” (Luke 15:20). This father was literally moved by his compassion. Dramatically, the father runs to the son, embraces him, and kisses him. Jesus described a scene far more abrupt and shocking than that depicted by Rembrandt. It is not the son whom we find kneeling, but the father. It is the father who runs to his wayward son — runs without any assurance of repentance; runs without any promise that the son is even home to stay. There is a line in Jewish tradition that would likely have entered the minds of the first hearers of this parable. According to ancient thought, the manner of a man’s walk “shows what he is.” Dignified men in this ancient culture simply did not run. In order to do so, long robes would have had to be lifted up, exposing the legs, which was inherently shameful. And yet, this father runs to the son who had blatantly disrespected him, and eagerly embraces the one who once disowned him. All measures of decorum are shattered by this father’s great love.

God is that father – He is your Father. And He is moving toward you with a gait that thoroughly counters any thought of a distant and absent Father. However far we wander, God is waiting and ready for our return. More than this, He is the Father who runs to close the distance.