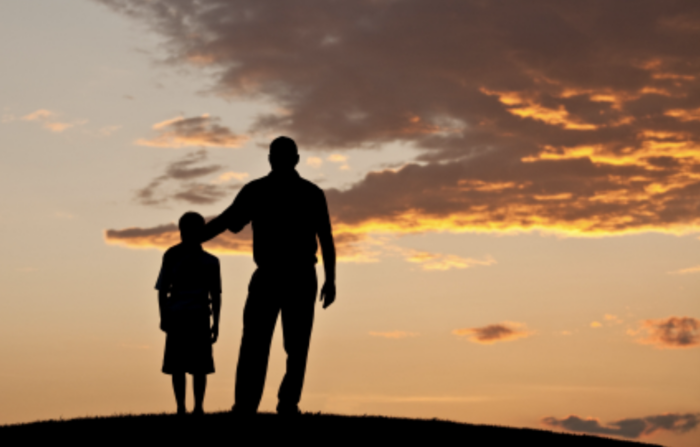 The documentary movie The March of the Penguins follows the Emperor Penguins of Antarctica on their incredible journey through ice and snow to mating grounds up to 70 miles inland. Narrated by Morgan Freeman, this beautiful film captures the drama of these three-foot-high birds in the most inhospitable of environments.

Once the penguins have made the trek to their mating grounds and the females have produced their single eggs, a remarkable exchange occurs. Through an intricate dance, each mother swaps her egg into the father’s care. At this point the father becomes responsible for the egg and must keep it warm.

As this part of the story unfolds, the camera shows remarkable shots of the penguin fathers securing the eggs on top of their feet and sheltering them against the cold, which will drop to as low as 80 degrees below zero. Freeman narrates:

Now begins one of nature’s most incredible and endearing role reversals. It is the penguin male who will tend the couple’s single egg. While the mother feeds and gathers food to bring back for the newborn, it is the father who will shield the egg from the violent winds and cold. He will make a nest for the egg atop his own claws, keeping it safe and warm beneath a flap of skin on his belly. And he will do this for more than two months….

As the winter progresses, the fathers will be severely tested. By the time their vigil on top of the egg is over, the penguin fathers will have gone without food of any kind for 125 days, and they will have endured one the most violent and deadly winters on earth, all for the chick.

We marvel at the self-sacrificing care of a male penguin for his offspring.  Yet, in this phenomenon of nature, we see but a shadow of our Heavenly Father’s loving protection for each of His children.  In fact, the closer we draw to Him, the more we understand of God’s willingness to fulfill His covenant relationship with His children and to intervene in the affairs of earth on their behalf.  It is a picture even more intimate and amazing than that of the loving care found among His creatures in nature. Amazingly, that’s the intimate love He offers to you and me.