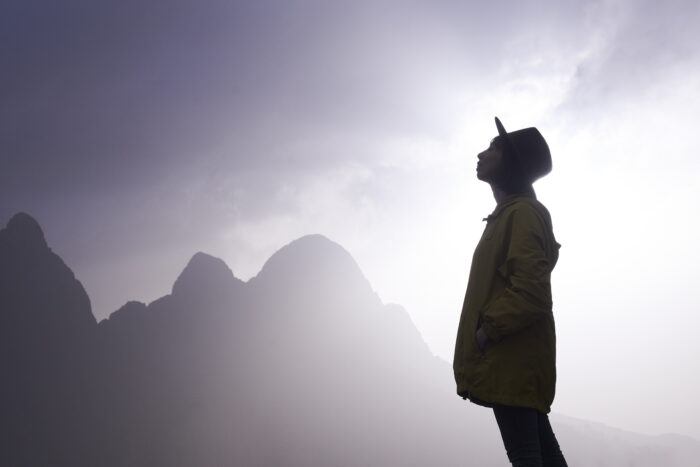 My favorite text on forgiveness is the one in which God says, “I, even I, am He who blots out your transgressions, and remembers your sins no more” (Is. 43:25 NIV). Do you know what this means? God has chosen to have the worst memory in the universe. When we own up to our sin and call upon His name to forgive it is done. Finished.  Over.  And He remembers it no more.

The enemy tries to trap us in a cycle of temptation, deception and accusation.  He can keep a strangle-hold on us if we continually shame ourselves and avoid the forgiveness God has freely offered.  But God doesn’t want us to stay stuck in our places of blame and hurt.  He wants to heal us and help us move forward. His forgiveness is at the ready and when given, our  sins are no longer remembered.

Richard Hoefler’s book, Will Daylight Come?, contains a wonderful story about letting forgiveness have its place. A little boy visiting his grandparents is given his first slingshot. He goes out into the woods to practice, but he could never hit anything he aimed at. He gave up and began walking back toward the house. In the backyard he noticed his grandma’s pet duck. Without concern, he shot a stone at it. And wouldn’t you know it, the stone hit, and the duck fell dead.

He panicked. Desperately he hid the dead duck in the woodpile, only to look up and see his sister watching. Sally watched it all, but she said nothing. After lunch that day, Grandma asked Sally to wash the dishes.

But Sally said, “Johnny told me he wanted to help in the kitchen today. Didn’t you, Johnny?” And she leaned over and whispered to him, “Remember the duck!” So Johnny got up and did the dishes.

Later Grandpa came in and asked if they wanted to go fishing.

Sally smiled confidently and said, “That’s all taken care of. Johnny told me he wanted to do it.” Again she whispered, “Remember the duck.” Johnny stayed while Sally went fishing.

After several days of doing both his chores and Sally’s, Johnny finally couldn’t take it any longer. He confessed to Grandma and told her how he had killed the duck.

“I know, Johnny,” she said, giving him a hug. “I was standing at the window and saw the whole thing. Because I love you, I forgave you. I wondered how long you would let Sally make a slave of you.”2

So, what are you waiting for? Let God forgive you now—once and for all—of all the things that you’ve already asked for forgiveness. And experience the freedom and hope that it can bring you today.