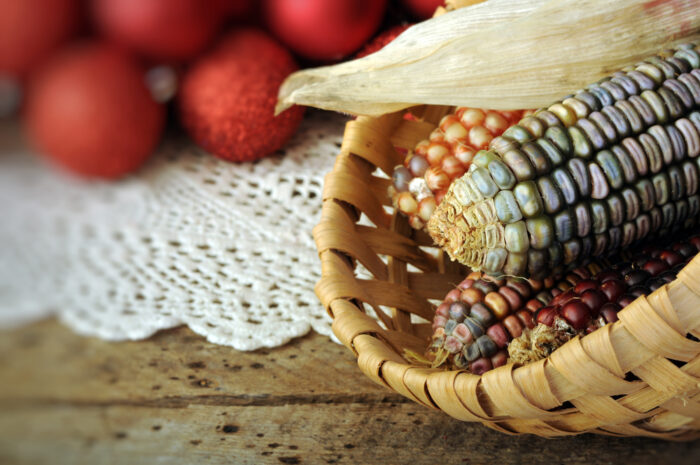 William Bradford was the first governor of Plymouth Plantation and was deeply committed to Christ.  He boarded the Mayflower in 1620 with his wife, Dorothy, and sailed to America seeking a refuge to worship freely with likeminded believers.

William knew what it was to be a pilgrim without a home at an early age.  His father died when he was one year old; his grandfather when he was six, and his mother when he was seven.  Under religious persecution, at age 18 he fled his homeland of England to live in Holland.  A few years later he married Dorothy and had a son.

When it was time to sail to America, many agonized over the danger facing their families during the perilous journey before them.  William and Dorothy chose to leave their young son, John, behind for fear of losing him. After they finally arrived in America, with the Mayflower anchored off of Cape Cod and many of the Pilgrim men out exploring a place to settle, Dorothy fell overboard and drowned.  (William remarried two years later, had three children, and his son John made it safely to Plymouth to rejoin him.)

In 1608, years before the Pilgrims arrived, English traders had come to America and encountered the native tribes who lived there. They kidnapped many of the native people, took them to Spain, and sold them into slavery.  Among these was a 12-year-old boy named Squanto. A monk took pity on Squanto and brought him to his own home, where Squanto learned the Bible and the English language.  When the monk learned that English ships were sailing to America, he sent Squanto to live with a family in England so that he could one day sail home.

Ten years after being kidnapped, Squanto finally arrived back in his native land only to find that his home was no more.  His entire village had been wiped out by an epidemic carried by white men. Squanto lived nearby with a neighboring tribe until one day he learned that a group of English families had settled in the village that was once his own home.

It had been a difficult first winter and spring for the Pilgrims there, and many had died.  Thus, one can only imagine William Bradford’s amazement and gratitude when he heard, “Good morning.  My name is Squanto,” from a kind Indian stranger.

Squanto had made an amazing choice to bless those who now inhabited his home. He taught the starving Pilgrims how to fish and plant corn.  In his journal, William Bradford would later call Squanto “a special instrument sent of God for their good beyond their expectation.”

Months later, William Bradford, Squanto, the Pilgrims, and many Indians would celebrate the first Thanksgiving together.

This Thanksgiving, we draw strength from their hopeful perseverance, gratitude to God, and joyful celebration.