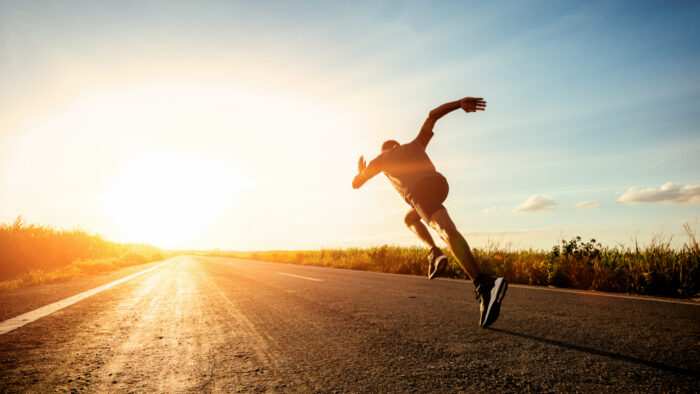 The story is told of a particular running of the Marathon in ancient Greece. As the time drew near for the long-distance race to begin, the muscular, conditioned runners paced nervously near the starting line. They shook out their muscles, inhaled deeply, and put on their “game faces.”

In the midst of it all, a young stranger took his place at the starting line. His physique was awesome. Taking no notice of the other contestants, he stared straight ahead.

Two prizes would be awarded the winner of the Marathon: a magnificent bouquet of flowers, and the honor of standing beside the king until the conclusion of other contests. As the runners eyed this new contestant, there seemed to be no question among them about who would win the prize. He seemed destined to win.

It is alleged that someone offered the young man money not to run. Another attempted to bribe him with property. Refusing the offers, he toed the mark and awaited the signal to run.

When the signal was given, he was the first away. At the finish line, he was the first to cross, well ahead of the rest. When it was all done, someone asked the young man if he thought the flowers were worth as much as the money and property he had refused. He replied, “I did not enter the race for the flowers. I ran so that I could stand beside my king!”

The Apostle Paul echoed those sentiments:

I have fought the good fight, I have finished the course, I have kept the faith: henceforth there is laid up for me the crown of righteousness, which the Lord, the righteous judge, shall give to me at that day; and not to me only, but also to all them that have loved his appearing. 2 Timothy 4:7-8

Run the race for the real prize, the prize of being with your Savior.