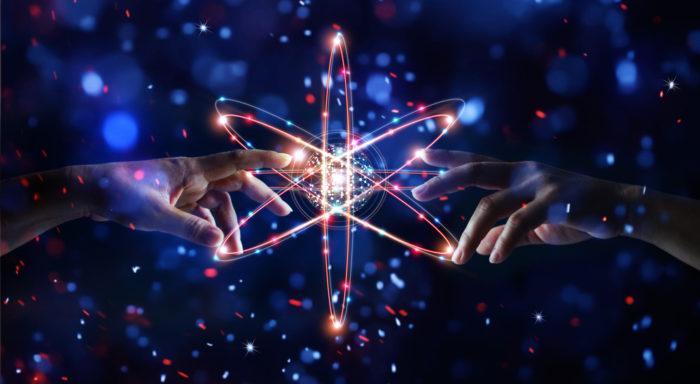 We do not blast people into space based on a doubtful hypothesis that the rockets will work properly.  Of course not!  First, the technology is rigorously tested and proven (operational science).  But how the universe began, and how people came to be on Planet Earth is not testable in the same way (ongoing science).

Much of the confusion with regard to “science” lies in confusing these two areas of investigation and giving them the same weight.  The fact that your cell phone, email, and iPad work brilliantly does not mean that when the BBC screens “Walking with Dinosaurs” and talks as though the earth is billions of years old, or that life spontaneously evolved from a primordial soup, we should assume that these assertions must be equally reliable!

In fact, the evidence for these claims is often weak and unclear.

Take, for example, the Universal Law of Gravitation. This “law” describes the motion of heavenly bodies, and how we stay firmly planted on the ground.  But this “law” is in fact not always right – it just captures what we usually observe. In this case, we are ultimately referring to the “theory” of gravity – a theory supported by a huge body of evidence, but still just a theory.

“If you think that science is certain–well that’s just an error on your part.” ~Richard Feynman

With the ongoing polarization of science in today’s political environment, it’s more important than ever to remember that science is filled with uncertainty.  Everything that scientists know about how the world works has been discovered by observation and experimentation.  None of us were around at the very beginning, so we can never be absolutely certain about how the world works.

Thus, we do not have to reject science in order to have beliefs.  In fact, we must all believe certain things before we can speak of science: for example, the belief that the universe can be rationally understood and that our minds are giving us reliable knowledge.  Just read that sentence again.  Let it sink in.

This discussion should remind all of us that there is never a need to be ashamed of our belief in the Biblical record of Creation. And I would venture to say our faith will stand the test of inquiry and be supported by a huge body of evidence. In fact, for some of us, it already has.