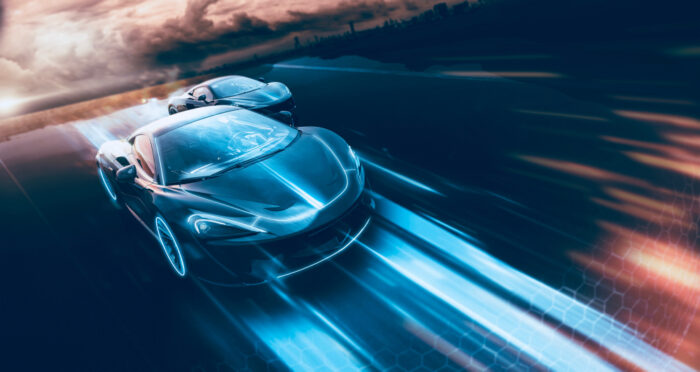 Exciting things are happening at Faith For Today. New shows are being taped and aired, partnerships with new networks and additional stations are in the works, and new ideas for ministry are springing up every day. God has been good to us, and I believe He has great things in store for Faith For Today.

As exciting as all this is, at times I feel a bit overwhelmed, a bit like a guy named Kevin in this story.

Kevin was a very inventive person, and he was always trying out new things. One day he wanted to see just how fast a bicycle could go before it went out of control. He pedaled as fast as he could and got the bike up to thirty miles per hour.

He was sure it could go twice as fast. So he asked his friend, Eric, who owned an old Mustang, if he could tie his bike to the bumper of his car to test his theory. His friend agreed.

Things were going pretty well, with Eric slowly increasing his speed until he was doing well over sixty miles per hour. Kevin and his bike were handling the speed just fine. Suddenly, a black Corvette pulled up beside them, revving its engine. Eric forgot all about Kevin and started racing the Corvette.

Down the road sat Deputy Todd in his police cruiser. He heard the cars coming long before his radar flashed 105 miles per hour. He called headquarters and said, “You guys aren’t going to believe this, but there’s a Corvette and a Mustang racing out here on Highway 3, and right behind them is a guy on a bike ringing his bell and waving his arms like crazy trying to pass them!”

Even though there are days I feel a lot like Kevin, I know that God is in control.  He will make certain that people are reached with the Good News of a Savior who died to save us.  We’re going to trust God and see where this ride takes us!