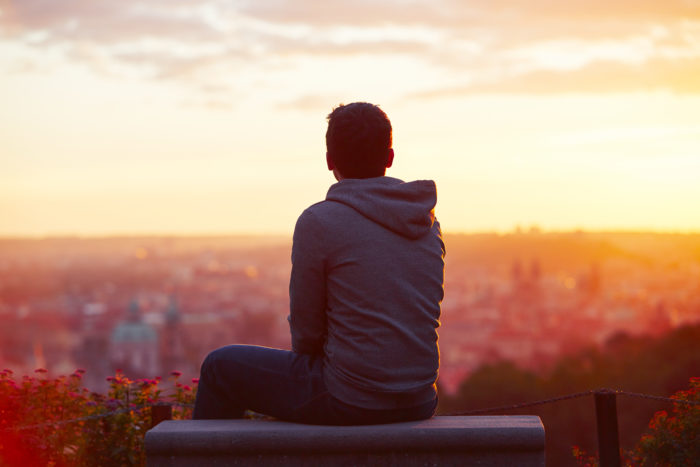 “Please….Mr. Lion….Aslan, Sir?” said Digory.  “Could you….may I….please, will you give me some magic fruit of this country to make my mother well?”

Digory, a child character in one of the C.S. Lewis Narnia books, had brought about much disaster for Aslan and his freshly created Narnia.  Still, Digory had to ask for this gift for his mother.

Lewis writes, “Up till then the child had been looking at the lion’s great front feet and the huge claws on them.  Now, in his despair, he looked up at his face.  And what he saw surprised him as much as anything in his whole life.  For the tawny face was bent down near his own and, wonder of wonders, great shining tears stood in the lion’s eyes.  They were such big, bright tears compared with Digory’s own that for a moment he felt as if the lion must really be sorrier about his mother than he was himself.”

The story of Aslan and Digory becomes more poignant when one realizes that Lewis was a boy about the age of Digory when his mother lay dying of cancer, and he was helpless to save her.

The prophet Isaiah described Christ: “He was despised and rejected by men, a man of sorrows, and familiar with suffering.  Like one from whom men hide their faces, he was despised, and we esteemed him not” (Isaiah 53:3).

As Jesus knew tears, so the heart of God is one that also knows grief.  He is a Father who has lost a Son.  “Surely he took up our infirmities and carried our sorrows, yet we considered him stricken by God, smitten by him, and afflicted” (Isaiah 53:4).  Indeed, we do not grieve alone.

Until every tear shall be wiped dry, we have before us the hopeful figure of the Man of Sorrows, who bore on his shoulders our grief and his own.  He speaks with tender love, “My son, my daughter, I know.”