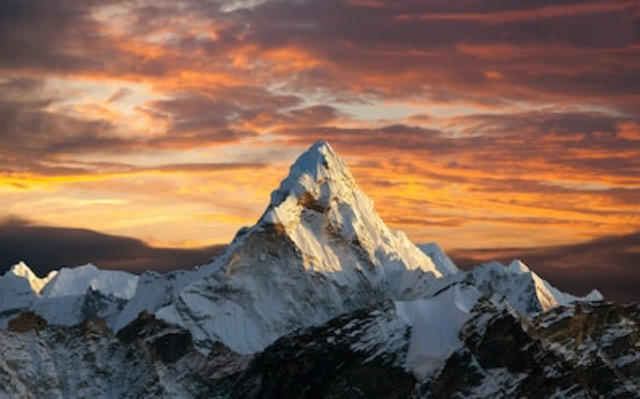 Sir Edmund Hillary was the first climber, along with his partner, Tenzing Norgay, to reach the top of Mount Everest. It happened on his third try. On Hillary’s second attempt, he not only failed to reach the summit, but his team also lost one of its members.

After the failed attempt, Hillary spoke to an audience about his experience. Behind him on the platform was a huge photograph of Everest. Hillary turned toward the photograph and said, “Mount Everest, you have defeated us. But I will return. And I will defeat you. Because you cannot get any bigger … and I can.”

When it comes to facing mountains, how do we get “bigger”? It starts with faith. Jesus said, “I tell you the truth, if you have faith as small as a mustard seed, you can say to this mountain, ‘Move from here to there’ and it will move. Nothing will be impossible for you.” (Matthew 17:20)

Edmund Hillary became ‘bigger than Everest’ through better planning, more detailed research, greater teamwork, and tenacious perseverance. And it started with faith — the faith that this mountain could be conquered.

These things all begin with faith. It is faith that gives you the wherewithal to attempt something bigger than you. Not faith in yourself, but faith in the God for whom nothing is impossible.