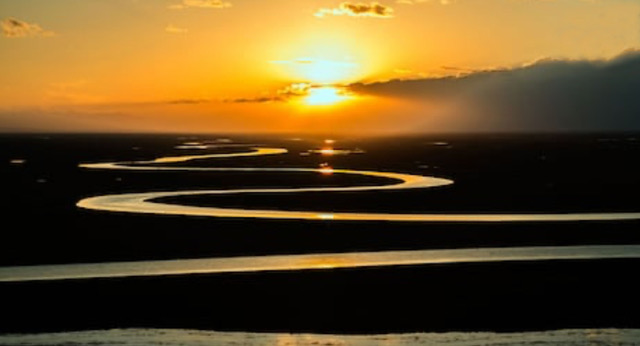 Jesus said to his followers, “You are the light of the world…the salt of the earth.”

What did He mean?  Jesus intended that his followers be people of influence – people of change. Just as a small flame lights a room and a sprinkle of salt flavors a whole pot, Jesus expected his followers to change their world.

When I think about influence, I think of the Amazon River. The Amazon is the largest river in the world by volume, and it is more than a thousand miles longer than the continental United States is wide! It touches six nations on its journey to the ocean. During the rainy season, the depth of the river at some points is over a hundred feet. The Amazon is responsible for about one-fifth of the total volume of all fresh water flowing into the oceans of the world.

Though mighty, the river is still small compared to the ocean into which it flows, yet the Amazon has an amazing impact on the great Atlantic Ocean.  The Amazon sends a flow of fresh water into the Atlantic that is so great that the salinity (salt content) of the ocean waters is noticeably lowered more than a hundred miles out to sea.  That’s an influence!

Many years ago, a Christian researcher traced nearly 750 descendants of Jonathan Edwards, one of New England’s greatest preachers and theologians of the Eighteenth Century. Of those descendants, 300 became preachers, 65 were college professors, 13 were university presidents, 60 authored books, 23 became United States Congressmen, and one became vice-president of the United States.

Most of these outstanding individuals had no direct contact with Edwards and his wife, but the Christian example left by that dedicated couple undoubtedly influenced a direction—a course of life—that their descendants saw and followed.

Our sphere of influence—for good or evil—spreads in all directions, touching lives and nations, creating memories, and leading to the formation of values.

President Abraham Lincoln was keenly aware of this. During a time of national upheaval, Lincoln sent a message to Congress to be read on December 1, 1862, in which he said:

“Fellow-citizens, we cannot escape history. We…will be remembered in spite of ourselves. No personal significance, or insignificance, can spare one or another of us. The fiery trial through which we pass, will light us down, in honor or dishonor, to the latest generation.”

Do not under estimate the power of your influence.  Jesus declared that you are salt and light.  That may not be so much a promise as it is a statement of fact.  Your influence will reach further than you might imagine.  Make it an influence for good!