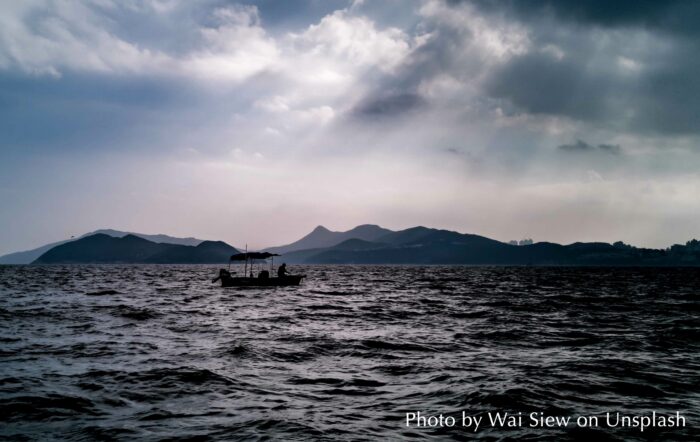 Do you remember the story of the disciples in a boat with Jesus during a storm?  If you don’t, take a look at it in Mark 4: 35-41.

Jesus had just spent the day speaking and healing.  There wasn’t a single person on that shore that wasn’t ready to hop in the boat with him and head across the sea that night.  But when the storm came, the disciples must have forgotten who was in the boat with them. They became terrified.

These experienced sailors were accustomed to storms.  They were common on the Sea of Galilee, but this one was different.  When describing the storm in this story, the Bible uses terms like cyclone and tempest.  Matthew, one of the men on the boat, described this storm in his Gospel with the word seismos, that’s right, the same word for earthquake. It had to be some storm to call it an earthquake. It was quite a shaking.

In the midst of the storm, the disciples’ faith in the power of Jesus became clear. Finding themselves completely at the end of their ropes, they now throw all of their hopes upon Jesus, their spiritual teacher. They disregard that he had never sailed a boat; they don’t look at his human abilities, but of God’s divine abilities that they’ve already witnessed in him. They stop looking for human solutions, even though they were the human experts in the middle of the water; instead, they throw everything that they’ve got into the miraculous hands of Jesus.

How many storms does Jesus have to calm before we can comfortably ride through one with him? Does he still have to calm the storm before we stand in overwhelming awe of his power and control of eternity? Or are we only on his boat because we prefer a life of calm over a life of conviction. If that’s the case, we’d better not get in the boat with Jesus at all, because he’s been known to sail right into the types of storms that make professional sailors cry.

I want you to hear me clearly now as we see the aspect of this story that should bring the most hope to all of us today. And here it is:  As surely as Christ could not have sunk with his disciples on that day, he will certainly not let you sink today. Now that’s one sure-fire way to overcome our fear!