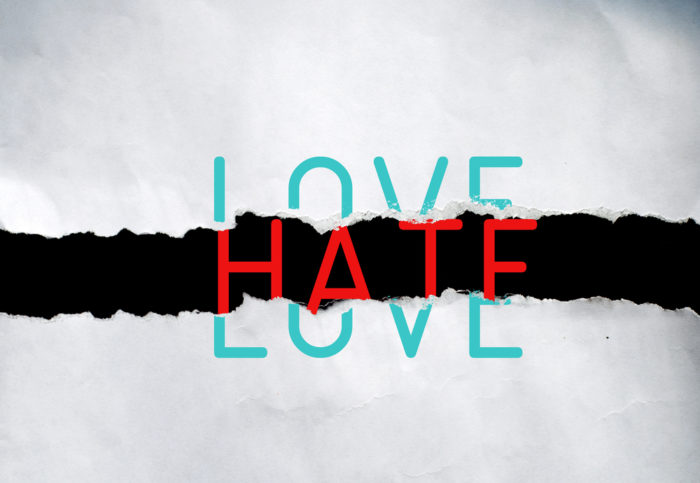 What does God hate? While each one of us may have a unique response to this question, scripture should be our first source for revealing insight on the subject.

When you examine the prophetic voices of the Old Testament and compare them to the writers of the New Testament as well as to the teaching of Jesus, one common thread continues to emerge. God hates it when the powerful abuse the vulnerable.

The prophets of old did indeed speak out against idolatry, profaning the Sabbath, and similar offenses, but the more frequent warnings concerned mistreatment of widows, orphans, the poor, and wayfarers. The prophets railed against unjust judges, heavy-handed kings and rulers, selfish people who treasured personal possessions more than hurting people, and more. They let it be known that God hated social injustice, prejudice, and offenses against human dignity.

Jesus and the writers of the New Testament added their voices to those prophets of old. Jesus taught that the two things that mattered to God were love for God and love for people. His parable about the Good Samaritan and his treatment of oppressed races in stories like the woman at the well, tell us that God values the dignity of every human regardless of race or gender.

When the message of Scripture as a whole is taken into consideration, every Christian should be champions of anyone who is oppressed. We should be the first to minister to the poor, trafficked, marginalized, disenfranchised, powerless, vulnerable, and needy. The standards and values of Heaven should always outweigh any cultural values we may have learned from our race, nationality, or social status.

As such, the needless murders of George Floyd and Ahmaud Arbery should trouble us as deeply as they trouble God. It is true that whites are killed unjustly, and their lives matter too. But far too often Christians have been slow to respond to racial hatred while we champion religious freedom and bemoan the erosion of standards of morality both in the church and the world. We behave as if alcohol, tobacco, illegal drugs, pornography, and sexual immorality were more offensive to God than hatred, bigotry, prejudice, and the loss of human dignity and freedom.

I believe the Word of God tells us that the most immoral thing in the universe is the destruction of human dignity. Every life matters. Every human is a being created in the image of God.

What matters to God? Equality, justice, fairness, compassion, freedom, dignity, and disinterested love for all.

What does God hate? Among other things, God hates bigotry and prejudice. And when we remain silent about these things, we fail to value that which God values, and we fail to hate what God hates.

Yours In Faith,
Mike Tucker