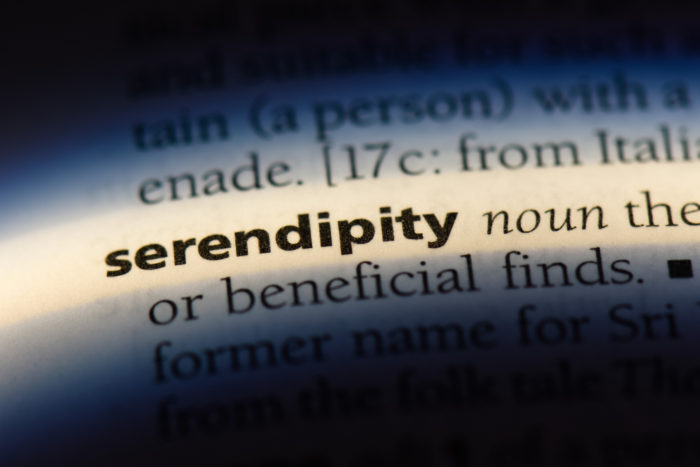 What is serendipity? It is discovering something totally unrelated to the problem you are trying to solve. Call it an accident, dumb luck, or whatever—serendipity has given our world great products, new hope, and better ways of doing things.

For example, Columbus discovered America while searching for a route to India. It is said that the American Indians, finding no water for cooking, tapped a maple tree and made the first maple syrup as the sap billed down. Pioneers, traveling westward, stopped for water and found fold nuggets in a stream. These are all examples of serendipity.

However, the classic example of serendipity must go to George Ballas. As George Ballas drove his car though a car wash, he watched the strings of the brushes surround his car. His mind relaxed and turned to the chores he had to do before the day drew to a close. Finishing the tedious chore of trimming and edging his lawn was first on his list.

Suddenly an idea struck him. He studied the strings in the car wash again and watched them straighten out whe revolving at high speed, and yet they were flexible enough to reach into every nook and cranny. Why not use a nylon cord, whirling at high speed to trim the grass and weeds around trees and the house? Bingo! The Weedeater was born!

Ballas’s first Weedeater was homemade. He punched holes in a popcorn can and threaded the holes with cord. Then he took the blade off his edger and bolted the can in place. His crude invention tore up the turf and made a terrible noise, but it whipped off the weeds just as he knew it would.

When he decided to go commercial, Ballas found the way rough going. He was turned down by the first twenty distributors he approached. “You must be crazy!” they told him. “Cut grass with a nylon string? Impossible!”

Finally, in 1971, Ballas invested his own money in the first thirty-pound Weedeater. He and his son filmed their own commercials, and then Ballas bought $12,000.00 worth of local TV airtime. Immediately, he was swamped with orders from all across the nation. “There must have been a convention in town because I only advertised on our local TV channel,” Ballas recalls.

Before long, Weedeater, Inc., grew into a multimillion-dollar international corporation. Ten minutes in a car wash resulted in serendipity!