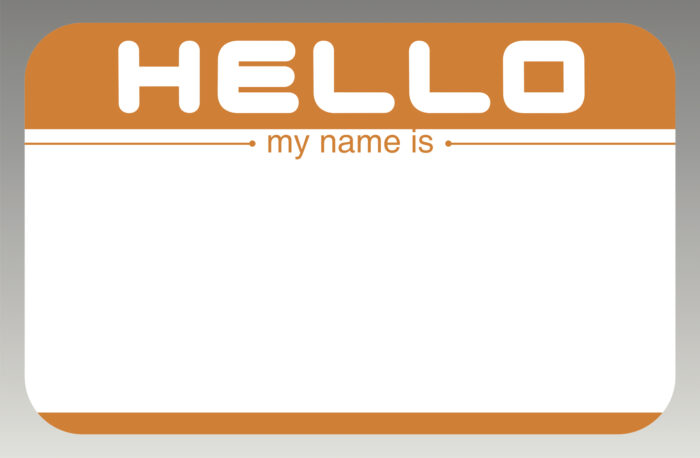 Imagine sitting next to Christ up in Heaven. You have just arrived, and it is the beginning of your eternal life. It’s a private meeting, just you and Jesus. He reaches into the pocket of his big white robe and pulls out your glistening white stone and holds it in front of you.

“Alright,” He says and slowly turns it over in his hand, revealing your new name. It is a secret name that only He will call you for all eternity. It is not simply a beautiful combination of sounds. Your new name has a very precise meaning.

How do I know this? Well, let’s take a look at some of the examples in Scripture where God renamed people to see if we can find a pattern.

The first person that God renamed was Abraham. God told him, “No longer will you be called Abram; your name will be Abraham, for I have made you a father of many nations” (Gen. 17:5 NIV).

In Hebrew, the name Abraham sounds similar to the word for “great nation” or “many people.” So, what God did when he renamed Abram was to embed within his name the miraculous plan that He had for the future.

The second place we can see God renaming someone is when Jacob wrestled with a supernatural man on his journey back to meet his brother Esau. Jacob wrestled all night until the man touched his side and dropped Jacob to his knees. Jacob clutched the leg of the man and said, “I will not let you go unless you bless me” (Genesis 32:26 NLT).

Instead of giving Jacob money or supernatural power, the heavenly being simply asks him, “What is your name?”

Then the being said, “Your name will no longer be Jacob, but Israel, because you have struggled with God and with men and have overcome” (Gen. 32:28 NIV).

This new name showed that God was still willing to work through him. Israel’s offspring would wrestle with God. They would test his strength and resolve. They would press against his leading. But in the end, they would end up in the land flowing with milk and honey.

The third place we can see God rename someone actually took place when God lived among us. Andrew had been listening to Jesus talk about a fresh view of God’s kingdom, so he brought his brother, Simon, to come hear it too. “Jesus looked at him and said, ‘You are Simon son of John. You will be called Cephas’ (which, when translated, is Peter)” (John 1:42 NIV).

Jesus did not initially rename Simon as Peter. He called him Cephas, which means pebble. So the majority of the time that you read the name Peter in the Gospels, you should really be reading the name Cephas or Pebble.

This gives us a very visual perspective of what Simon looked like. Just like an Italian named “Tiny”, you get the impression that Simon was a barrel-chested bull of a man.

Toward the end of Christ’s ministry, Pebble responds to another one of Jesus’ confusing questions. Jesus had asked who the disciples thought he was. “You are the Christ, the Son of the living God,” Pebble replies emphatically (Matthew 16:16 NIV).

It is at this moment that Jesus decides to reveal Simon’s real nickname. He had teasingly called him Pebble for a couple of years, but now Jesus doesn’t call him Cephas. He calls him petros, which means “big rock.” He said, “And I tell you that you are Peter, and on this rock I will build my church, and the gates of Hades will not overcome it” (Matthew 16:18 NIV). Jesus said that Simon was now to be known as Petros, the big rock. He had been a Pebble, making quite a few ripples in the religious community. But now Jesus revealed that he was destined to make a big splash.

In each of these three instances of renaming, we can see a pattern. When God renames people, He gives them a name that contains His future plans for their life. With Abram he implanted the hope of a nation of God’s chosen people, the Jews. To Jacob he revealed that the Israelites would escape from the grip of slavery and be victorious in the end. And in Simon’s case, God let him know that he would play a significant role in the explosive growth of the church on the day of Pentecost.

God tells us He has renamed you too.  In Revelation 2:17 it says “… And I will give to each one a white stone, and on the stone will be engraved a new name that no one understands except the one who receives it” (NLT).

What do you think your new name is? Maybe it’s “the one who loves the unlovable” or “the community helper” or “the Encourager.” Who knows? You might already have a good idea what it might be. Now, let’s go out there and live up to our new name!