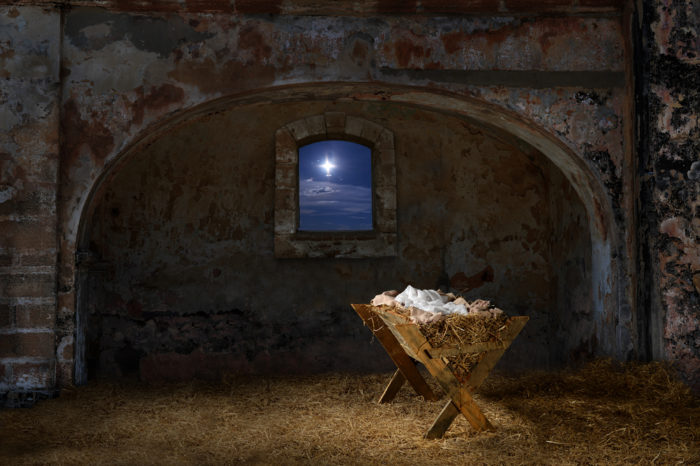 Triumph, this time of year, seems to come in many shades of success in the Western world. Many of us feel most ready for Christmas when we have met every shipping deadline, reciprocated every Christmas card, or averted every scheduling conflict. Victories that we might otherwise find slight seem to become great feats during the holidays—finding a parking spot, getting the last box of Christmas lights in stock, beating the mailman to the mailbox. Though we seem confused over who or what we are fighting against—the clock, the perfect hostess, the family stressors, the agendas of others—we seem to work toward Christmas one insignificant feat at a time.

But the lyrics to a song we all sing during this season introduce us to a victory we need do nothing but join.

Joyful, all ye nations rise,
Join the triumph of the skies;
With th’angelic host proclaim,
“Christ is born in Bethlehem!”

The triumph we are invited to join is far bigger than our best Christmases and more real than our worst. The cry of victory shouted on the very first Christmas night was: Christ was born! God came near. God is with us! The birth of Jesus was orchestrated at the hands of God long before the inn would be full or the shepherds would be in their fields by night, long before my traditions would seem etched in stone, or my culture would remove the Nativity from the public arena.

While there may be some ‘victories’ to rightfully seek this season, many others can be forsaken. The triumph of a God who so cares for creation that He joins us within it is a victory already won. God is with us. The triumph we invite the world to join as we celebrate Christ’s birth is a triumph won on our behalf by God Himself:

“And there were shepherds living out in the fields nearby, keeping watch over their flocks at night. An angel of the Lord appeared to them, and the glory of the Lord shone around them, and they were terrified. But the angel said to them, ‘Do not be afraid. I bring you good news of great joy that will be for all the people. Today in the town of David a Savior has been born to you; he is Christ the Lord. This will be a sign to you: You will find a baby wrapped in cloths and lying in a manger.’

Suddenly a great company of the heavenly host appeared with the angel, praising God and saying,

‘Glory to God in the highest, and on earth peace to men on whom his favor rests.’”