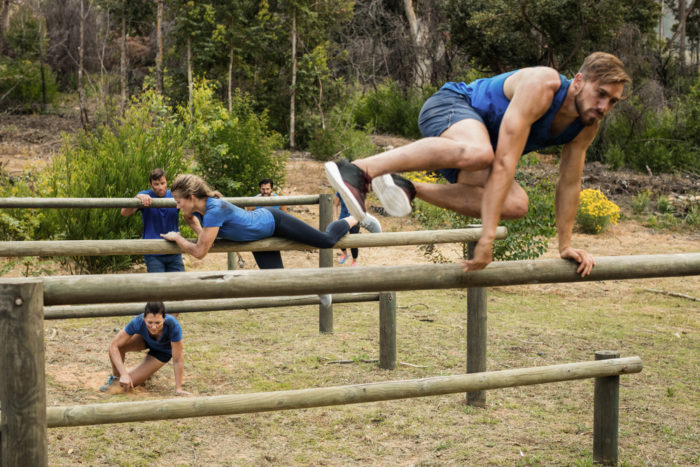 When day-to-day problems, mistakes, and failures become discouraging, encourage yourself by thinking of the many successful people who overcame personal handicaps.

“I thank God for my handicaps,” declared Helen Keller. Blind and deaf from birth, she became a prolific writer.

Gene Littler overcame cancer to make an incredible comeback in golf. Before him, Ben Hogan amazed the golf world. He won the Masters, the PGA, and the National Open golf championships after a severe auto accident. Doctors thought Hogan would have a lifetime of difficulty walking and thought he would never play golf again.

Napoleon responded to his extremely short stature to become a giant in military conquests. They teased and tormented him, called him the “ninety-seven pound runt” as a boy. He worked endlessly to build his muscular physique. Charles Atlas created a physique that has been used as a model by numerous famous statues in America.

David Sarnoff, head of Radio Corporation of America, once declared, “Nothing worthwhile has been attained except by overcoming obstacles.”

Norman Vincent Peale also knew obstacles had to be overcome. Shy, tongue-tied, and suffering from feelings of inferiority, he became one of America’s great preachers and religious leaders. He responded to his weakness, faced the challenge, and took control of his life.

The masterpiece Messiah was written when Handel was debt-ridden, spiritless, and failing in health. His creditors were threatening to throw him in jail.

Franklin D. Roosevelt served the United States as its president from the confines of a wheelchair.

Now tell me how it is that God cannot overcome your obstacles in order to use you for His glory! By His grace and for His glory, you can do all things.