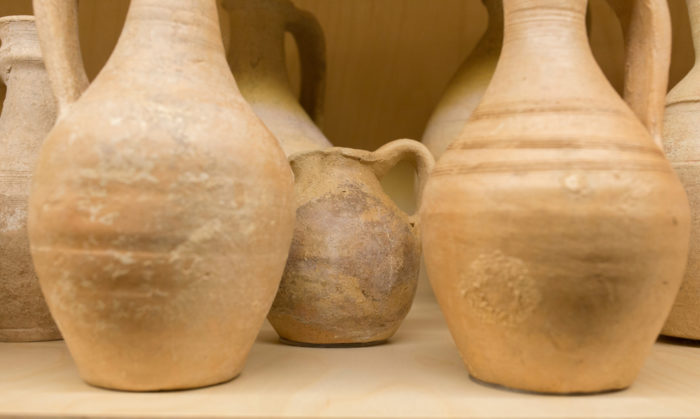 The Coliseum in Rome was the sight of brutality and slaughter.  But the games were immensely popular with the citizens.  Gladiators fought for the amusement of the crowds, often forfeiting their lives for the applause of those in attendance.

Attending the games in those days must have been quite an experience.  The hot Italian sun would beat down on the Coliseum that held over 50,000 spectators.  Live animals were often included in the games and spectacles presented there.  The odors from the floor of the Coliseum were less than pleasant, but when coupled with the fact that regular bathing was not a common practice among many of the citizenry, there was probably quite an unpleasant stench to the arena.  The smells of animals, sweat, blood and just bad body odors from those sitting next to you on a hot day must have made the place a bit unpleasant.

Frequently the emperors, in order to gratify the citizens of Rome, would cause sweet perfumes to be rained down upon them through the awning that covered the amphitheater.  Huge vessels of perfume were opened and their contents emptied on the awning and allowed to drip on the crowds below.

As long as the jars were sealed, the perfume had no effect on the odors of the Coliseum, but when the contents were poured out and the drops of perfumed rain begin to descend, everyone was refreshed.

Such is the love of God. There is a richness and a fullness in it, but it is not perceived till the Spirit of God pours it out like the rain of fragrance over the heads and hearts of all the living children of God.

There is a great need for the love of God to be shed abroad by those who have received the aroma of salvation in their hearts and lives.

Your Friend In Faith,
Roy Ice