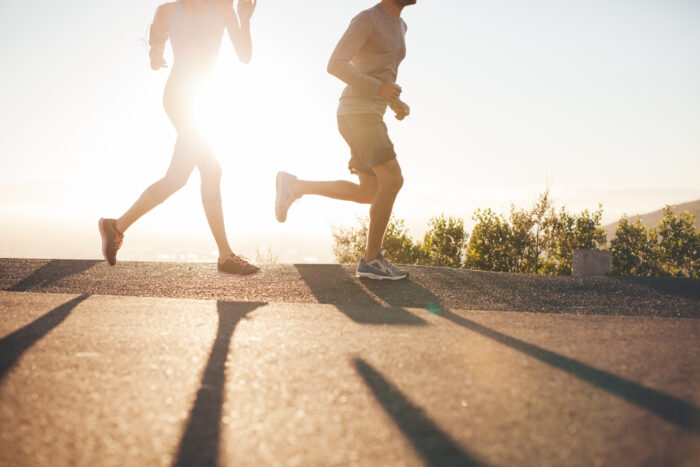 Danielle LaNoue, a high school student, was competing in a cross-country race when she experienced a runner’s worst nightmare: her knee buckled and gave out. She collapsed in agony, made an attempt to get up and walk, and then collapsed again in tears.

After several runners passed her by, Melanie Bailey, a runner from a different school, stopped to check on her. She encouraged Danielle to walk with her while holding her up, but the pain was too great. Danielle couldn’t go on. So Melanie did what few competitors would: she lifted Danielle on her back and carried her to the finish line. They reached the finish line long after everyone else, but they finished.

This is not how you’re supposed to run a race, much less win a competition. But Melanie couldn’t imagine doing it any other way. She couldn’t leave a fallen fellow runner behind.

Danielle and Melanie’s story, and the picture that tells it, reminds me of the sixties’ song with gospel implications: “He Ain’t Heavy, He’s My Brother.”

Do you remember it? It was inspired by a phrase that was first spoken in a sermon in Scotland somewhere around 1910 and was later used as the slogan for Father Flannagan’s Boy’s Town. The song talks about doing just what Melanie Bailey did. One verse says…

So on we go

His welfare is my concern

No burden is he to bear

He would not encumber me

He ain’t heavy, he’s my brother

Maybe today you’ll encounter someone who has slipped and fallen. Most runners will pass them by, too focused on the finish line to stop.

But if you remember Melanie’s story and this song from sixties – and the following words of Paul – maybe you’ll stop and carry your brother or sister a few steps along the way.

Carry each other’s burdens, and in this way you will fulfill the law of Christ. (Galatians 6:2)