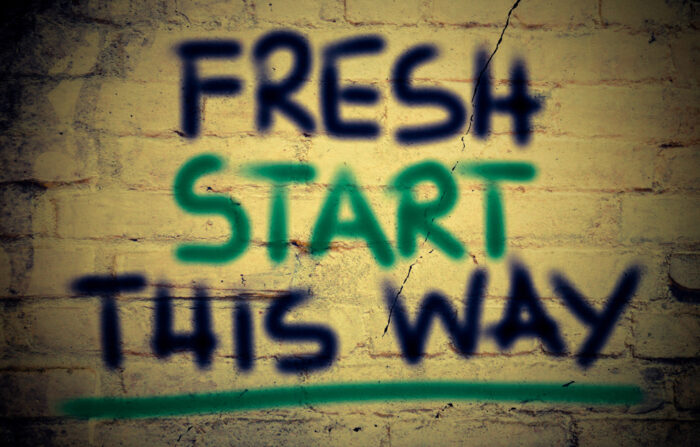 I’m so thankful that God is a God of second chances, because we definitely need them.

Take, for instance, Levi.  He and his brother Simeon had completely lost the blessing of their father Jacob because they slaughtered the men of Schechem when the Schechemites were at their weakest (check it out in Genesis 34).  God always despises those that take advantage of someone’s weakness.

Levi was cursed!  And from that moment forward he was known as a con artist, a scammer and a trickster.  The problem with Levi is that he was cursed by a bad decision. Isn’t it wild how one bad decision can wreck the rest of your life? One dumb thing can mess up your kids, and their kids and your great grandkids? One bad decision.

But God is a God of second chances.  Years and many generations later, when Moses came down from the mountain with the 10 commandments, he walked into utter chaos.  The children of Israel had torn off all their clothes and had started worshipping a golden calf.

Moses has just been with God.  His face is all lit up with the glory of God. He’s all excited to share what God gave him. And he comes down to this. This is an absolute catastrophe!

Moses comes down and sees all of the confusion, and he asks, “Who is on the Lord’s side?” There were 12 tribes surrounding Moses…and they’re all trying to find their clothes, “Have you seen my skirt; I’m pretty sure I dropped my boxers over here. Where’d they go? Hey buddy! I think that’s my shirt.” And people are trying to cover up, embarrassed. Moses shouts, “Who is on the Lord’s side,” and everyone slinks away. But the men of Levi step forward and say, “I am.”

In this moment of chaos, God sends Levi an opportunity. You get it? One thing about God, He is just, but He is also merciful. He is a God of second chances. In this mess, God says, “I’m going to give you an opportunity to correct the mistakes of your past.” And because of this one good decision, Levi became the priests generationally. The Levitical priesthood came because of a choice in the middle of a mess. Failure is an event, never a person. Take hope today that God wants to give you another chance too.