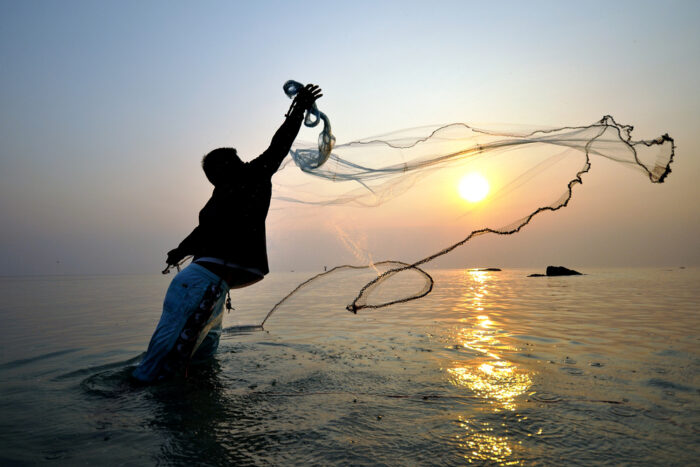 Peter had been toiling all night and had caught nothing. He comes back to shore exasperated and frustrated. He’s washing his nets. He knew this was not a good night. Nothing is going to happen. He was feeling a great sense of failure.

Jesus comes down to the lake of Gennaseret and he sees these men and their discouragement.  He’s about to reveal an important truth to them, especially to Peter.

I’m telling you right now, your greatest failure will precede your greatest success. You need to know that it is a natural process. God allows you to have the dark time before the light. A drought before your rain. A winter because He knows your spring is coming.

When God allows you to have down time it does not mean that you have been denied, it means that you have been delayed, and being delayed is a blessing so that you can be better prepared. It’s a favor that it didn’t work. It is a blessing that you toiled all night and caught nothing. It is an absolute blessing, because God, first of all, wants you to learn that it is not by what you do, but the blessings that come when WE do, because we’ve teamed up with Him.

Do you feel like you are going through a period of failure?  Consider this, you are actually going through a time of preparation. A time to strengthen your net. To enlarge your vision. To make you passionate about things you never even noticed before. Because after this, when you get ready to cast your net, you will do so victoriously.

I don’t know if you have noticed it in this story before.  But Jesus asked Peter to throw his NETS.  That’s n-e-t-s, plural.  But Peter only threw one – and it broke with the weight of blessing.  Like Peter we are sometimes skeptical and do not throw more than one net into the sea.  His faith had a little growing to do.  Maybe ours does too.

Jesus asks us to throw nets. He tells us to throw everything we have into the journey of faith. Hold back nothing.

Prosperity is on its way. Periods of failure are opportunities to prepare for the blessing that God is about to release. You cannot throw out the net that used to work for you before. Your faith has grown, and now your actions need to line up with your faith. Peter’s net would have never broken, had he obeyed God in the first place. You threw too little at too much and almost lost it all.

Don’t let your current troubles blind you from God’s future successes. He’s got big plans for you.  Get ready to throw your nets!