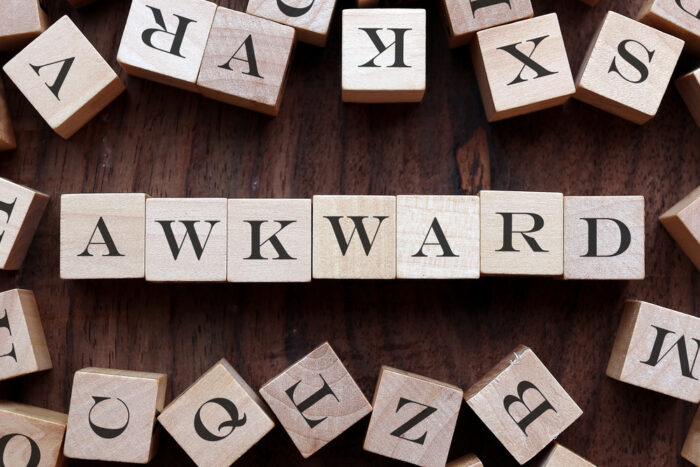 I don’t mind doing things that many people do not do. In fact, I dream of doing some things that no one has ever done. But what makes me extremely uncomfortable is doing something that people think is weird, strange, or awkward.

As a child, I dreaded the times my mom would announce, “Roy, you and your sister are going to do special music for church next week.” I didn’t dread this announcement because I don’t like playing music. I’ve played music professionally for many years around the world. Playing music and getting up in front were not the issue—it was the instrument that my mom chose. It was a hideously awkward instrument. Melodic in the hands of a master, but eardrum scraping in the hands of a child. And although I grew up in the era of Lawrence Welk, I did not want to play the accordion.

I can recall being so nervous that my hands would shake while I struggled with this 2nd or 3rd owner, full-size bellowing monster. I was a small boy with a slight build, so all you could really see was an accordion with tiny hands, a couple of shoes at the bottom, and my little head straining to peek over the top, trying not to pinch my neck in the bellows. To me, it was so heavy that when the bellows would fully extend, I would have to lean way over to the right to bring them back in.

It was awkward. It was strange. And, yes Mom, it was weird!

Near the end of Jesus’ ministry on this earth, he told his disciples that he was about to change their comfortable routine, and he needed them to connect with God in a new way that might seem weird, strange, or awkward.

Jesus said in John 14:16, 17, & 26, “And I will ask the Father, and he will give you another advocate to help you and be with you forever— 17 the Spirit of truth. The world cannot accept him, because it neither sees him nor knows him. But you know him, for he lives with you and will be in you. … 26 But the Advocate, the Holy Spirit, whom the Father will send in my name, will teach you all things and will remind you of everything I have said to you.”

With this announcement, Jesus let his followers know that they were coming into a very different age. During this time between the cross and the second coming, Jesus said that we would live in the age of the Spirit. Paul called it our new life in the Spirit.

Acts 2 describes when the Holy Spirit came and how the rest of the world looked upon those transformed by the Pentacost.  They thought they were drunk, weird, and strange.